On February 24, 2020, the federal government tabled Bill C-7, in response to a landmark court ruling in Quebec. This legislation, which DWDC is largely supportive of, proposes broadening the 2016 law on medical assistance in dying to include those whose death is not "reasonably foreseeable," and allowing for waiver of final consent, among other changes.

On Wednesday March 17, 2021, the Senate of Canada accepted the government's response to its amendments and approved Bill C-7. After the late evening Senate passage of the bill, the acting Governor General and Chief Justice of the Supreme Court signed Bill C-7 into law. We applaud the triumph of compassion and choice that this change brings Canadians.

What do these changes mean?

Dying With Dignity Canada thanks all parliamentarians who listened to the voices of Canadians, and passed this compassionate bill.

For more information, please visit our Get The Facts webpage. 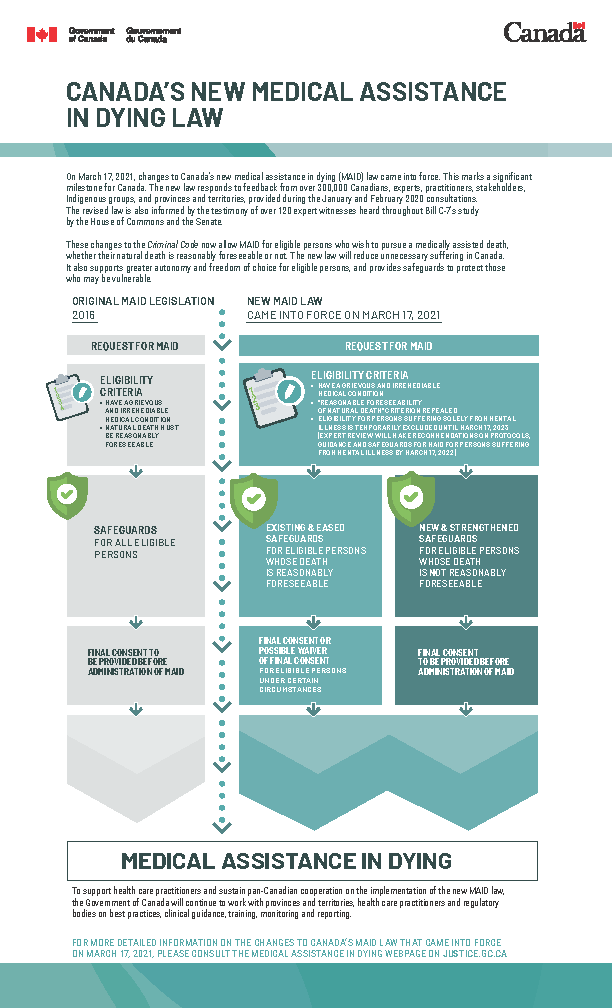 All materials produced by the federal government of Canada