A 25-year-old B.C. woman with a severe degenerative illness is one of the plaintiffs in the first court challenge to be launched against the federal government’s new assisted dying law.

Julia Lamb, who has spinal muscular atrophy, wants to defend her right to die with the help of a physician because of the suffering caused by her condition. However, because Bill C-14 limits access to assisted dying to only those patients who are terminal or approaching end of life, she is not eligible for final relief from her suffering.

In a landmark Feb. 2015 decision, the Supreme Court of Canada struck down the Criminal Code ban on physician-assisted dying and established criteria for who will be eligible. Now that the decision has come into effect, competent adult Canadians who are suffering intolerably from a “grievous and irremediable medical condition” have a right to die in peace with the help of a doctor. 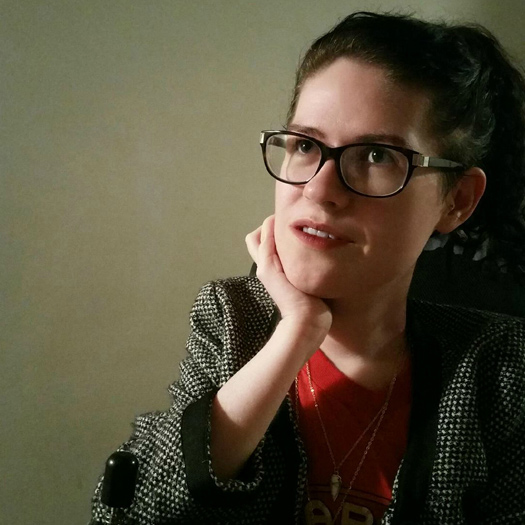 However, in June 2016, Parliament passed assisted dying legislation that conflicts with the Supreme Court’s decision. By limiting access to only those patients whose natural deaths are “reasonably foreseeable,” the new law denies rightful access to entire classes of patients who have severe chronic conditions but who are not approaching end of life.

Along with rights watchdog the B.C. Civil Liberties Association (BCCLA), Lamb is challenging this provision because it threatens to subject her to severe physical pain and emotional anguish against her will. According to a press release sent out Monday, Lamb’s condition “causes weakness and wasting” of her muscles and she already relies on “care aides for assistance with all her daily living activities.” A sudden deterioration in her condition could fully rob her of the use of limbs, subject her to additional intolerable pain, render her dependent on a ventilator and take away her ability to speak — a fate she plans to avoid.

“This is about agency, choice and compassion,” Lamb said at a press conference on Monday. “This is about the most fundamental values that define being Canadian. Respecting each other's choices, even when those choices are different from one another. What I am asking for is essential to my wellbeing and autonomy.”

"My biggest fear is is if my illness becomes worse, I will be trapped." Julia Lamb with Spinal Muscular Atrophy #c14 pic.twitter.com/BawWT1GG9P

A co-plaintiff in the lawsuit against Bill C-14, the BCCLA spearheaded the legal challenge that led to the Supreme Court’s Carter v. Canada decision on assisted dying. "The government's bill will trap patients in intolerable suffering and takes away their hard-won Charter right to choose assistance in dying,” said BCCLA Executive Director Josh Paterson in a statement. “The new law is unconstitutional because it denies individuals the right to have control over choices that are fundamental to their lives and prevent unnecessary suffering.”

In particular, the lawsuit is challenging two pillars of Bill C-14's eligibility criteria: the requirement that patients be in an "advance state of irreversible decline in capability," and the request that a patient's natural death be "reasonably foreseeable."

For more information, including the notice of the civil claim, go to the page on the BCCLA's website dedicated to the Lamb case.