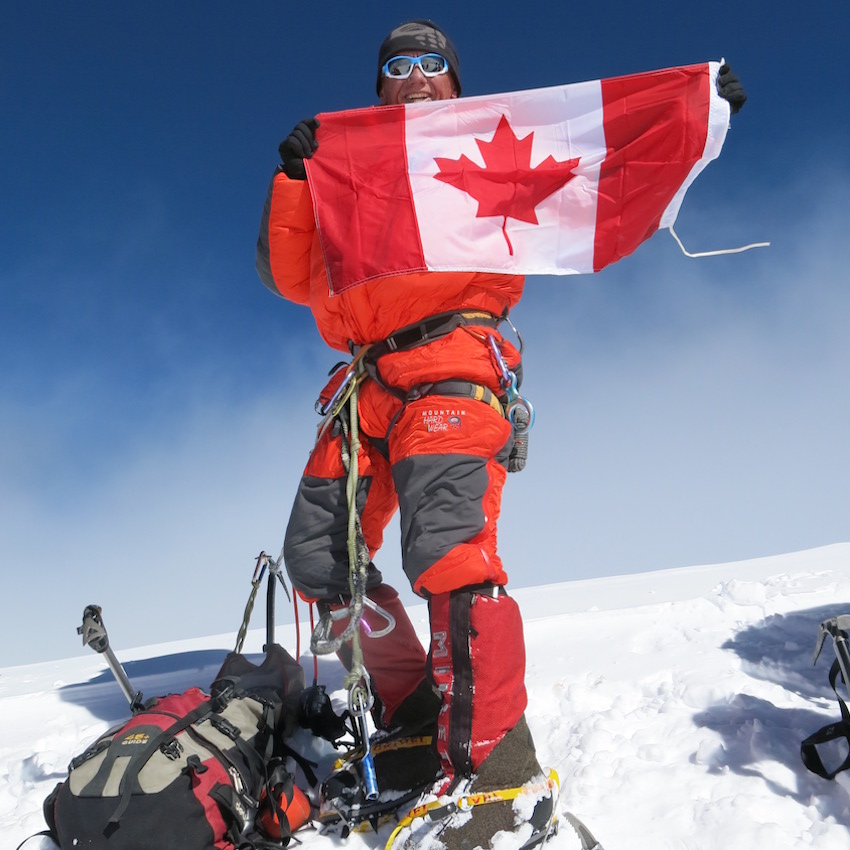 Over the past several years, Al has been quietly making Canadian history by climbing many of world’s tallest mountains, including Everest twice. Along with Quebec climber Monique Richard, he made Canadian history by ascending the peak of Mount Makalu, which ranks 5th in the world. He followed that up two months later with a successful climb of the extremely challenging K2, the world’s second highest peak.
Al is now in the process of procuring sponsorship for his three-year climbing plan which would see him become the first Canadian, and only the second North American, to summit all 14 of the world’s peaks over 8,000 metres.
As he completes the 14-peak journey, Hancock will join the many voices calling for a change in Canadian law. Hancock says there’s a strong link between what he does on the mountain and the cause he champions.

"My mother passed away last year after a long battle with cancer. I sat at her bedside and watched as she suffered through those last days. I vowed at that time to do what I could to help give people like my mom better options when it comes to choices about their death. There has to be a better way than the suffering I observed!"
"I’m paraphrasing here, but I like what George Mallory, one of the first to scale Mount Everest, had to say about the mountaineering process: 'The struggle of life itself is upward and forever upward. What we get from this adventure is just sheer joy. And joy is, after all, the goal of life.'"