Posted by Rachel Phan on

It came as a major disappointment when the Council of Canadian Academies — the research institute tasked by the federal government to study the future of assisted dying — said it wouldn't be consulting with ordinary Canadians as part of its work. As the leading organization working to defend Canadians' end-of-life rights, we at Dying With Dignity Canada felt that you deserved a seat at the table when it comes to your rights and your choice.

But, as Rachel Phan, DWDC's digital communications coordinator, explains, we hashed out a plan to include your voices as part of our official submission to the CCA, to make sure the researchers involved knew what was truly at stake. When we put out a call for letters from our supporters, she writes, the response was overwhelming. And the stories and perspectives contained in the 746 letters we received reminded us of the human cost of assisted dying rules that fail to respect Canadians' rights at end of life.

I remember the moment it truly hit me that we were doing something monumental.

It was a Monday morning, and I had just turned on my computer, when I saw my inbox flooded with dozens and dozens of letters from Canadians across the country.

I was stunned: people had carved out time in their weekend to share the most intimate, painful details of their lives with us in the hopes that it would make a difference. I was so moved that I cried at my desk.

Up until that moment, I had no real way of knowing the magnitude of what we at Dying With Dignity Canada were setting out to do. We were one of 500 organizations invited to make a submission to the Council of Canadian Academies (CCA), the group of researchers studying the future of assisted dying in Canada.

These researchers have been tasked by the federal government with studying the possibility of extending assisted dying access to three groups currently excluded under the law: mature minors, individuals whose sole underlying medical condition is a mental illness, and individuals who would need to make an advance request to access assisted dying.

With so much at stake, then, we were disheartened to discover that ordinary Canadians whose rights were on the line would not be consulted by the CCA. We wondered: How could any serious examination of the future of assisted dying in this country not include the voices and experiences of everyday Canadians?

We knew we had to act, but what that meant in practice was unclear at the time. Our written response to the CCA had a 1,000-word limit, which seemed like an impossible task given the subject matter. 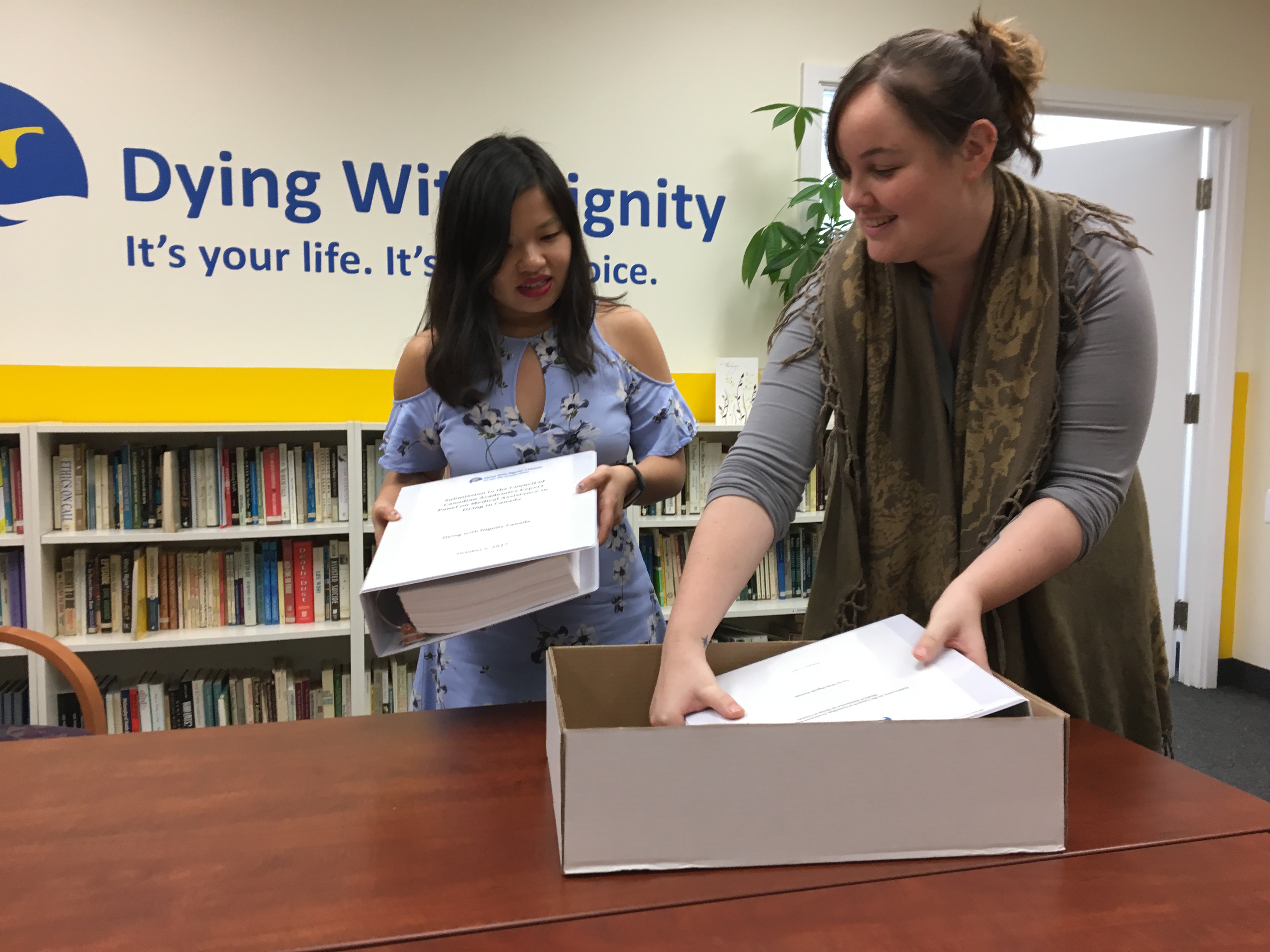 That all changed when a colleague came up with the idea to include Canadians’ personal stories as supplementary material to our submission. There were no limits to what we could include as attachments; the CCA guidelines stipulated that they would also accept, along with academic studies and news stories, “traditional knowledge.” We interpreted that to mean your voices could be included, too.

We relaunched our Voice Your Choice campaign and invited our supporters from coast to coast to share their personal stories and perspectives. Since the CCA was consulting with 500 different organizations, we wanted to include the voices of 500 Canadians in our submission.

In total, we received 746 letters, far surpassing our original goal.

What I quickly realized on that Monday morning, and what was continuously hammered home throughout the entire CCA process, was that these weren’t just stories. These were our supporters’ lives — their fears, their most painful and traumatic experiences, their hopes. We had been made privy to these hurts and hopes because these individuals had few other outlets to push for change. And, there is no mistaking their pleas: they are desperate for changes to a tremendously flawed law that abandons so many Canadians.

There were hundreds of stories written by people who had watched a loved one slip into the horrifying ravages of dementia. Many authors feared that they will suffer the same fate if the ban on advance requests is not lifted. Others spoke candidly about prior suicide attempts and the years, often decades, of living with chronic, intolerable mental illness.

These stories profoundly affected me. My co-worker Kelsey Nash and I oversaw the painstaking compilation of the letters. We not only included every single letter in DWDC’s official submission — which came in at a hefty 957 pages — but the two of us personally read every single letter, too.

Sometimes, it felt too heavy to read all the painful details. But Kelsey and I knew it was our duty to treat these stories with care and sensitivity. When we started the CCA process, we vowed to read every word and to make sure the researchers on the CCA panels would hear all 746 voices loudly and clearly. I am confident we did that.

On October 6, we sent the CCA our official submission. The CCA won’t have its findings ready until the end of 2018, but our supporters can be assured that their voices shone through powerfully and persuasively. Now, armed with these most intimate of insights, the CCA researchers have a duty to inform lawmakers where the gaps in the legislation lie and how they can — and must — be fixed.