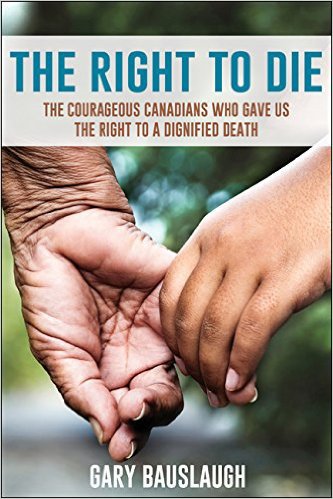 This event is hosted by Centre for Inquiry Calgary:

Gary Bauslaugh is the author of three books related to assisted death in Canada; his most recent (The Right to Die, April 2016) tells the stories of the courageous Canadians, from the 1940s to the present, whose often heroic actions helped create a climate of acceptance of the idea that assisted death should be legalized in Canada.

The Supreme Court of Canada’s historic ruling in February, 2015, declared the law prohibiting assisted death unconstitutional, and provided guidelines for new legislation which would be in tune with our Charter of Rights and Freedoms.

Then it was up to the politicians to pass actual legislation, an exercise that many of whom have been advocates for progressive reform on assisted dying looked forward to with great hope and anticipation.

The results, however, were problematic. Bauslaugh spoke out against the proposed legislation and on May 6 was called to Ottawa to speak on the matter to the House of Commons Standing Committee on Justice and Human Rights. His views were reflected in the Senate’s initial rejection of the legislation.

Still, the flawed Bill was passed in June – a negation of the efforts of many Canadians, over many years, to protect the right of grievously ill and suffering Canadians to have a dignified and peaceful death.

In his talk Bauslaugh discusses how and why this happened and looks at where we go from here.

Tickets will be sold at the door. This event is free for CFI and MRU Secular Humanists members (with card) and $10 for the general public.