A race against time

When Scott Doherty was diagnosed this past May with an inoperable malignant brain tumour, he immediately told his doctor that he wanted medical assistance in dying (MAID). This came as no surprise to his wife, Karen, and their two children. Scott had always been very vocal about his end-of-life wishes to his family, who were steadfast in their support.

But despite Scott’s clarity around his wishes, his three-month journey with assisted dying was anything but straightforward. He and his family encountered more than a few twists and turns as they navigated a healthcare system that has been slow to recognize Canadians’ right to a peaceful death. Their experiences have led Karen to become an active supporter of Dying With Dignity Canada and a vocal advocate for the right to prior requests for assisted dying. 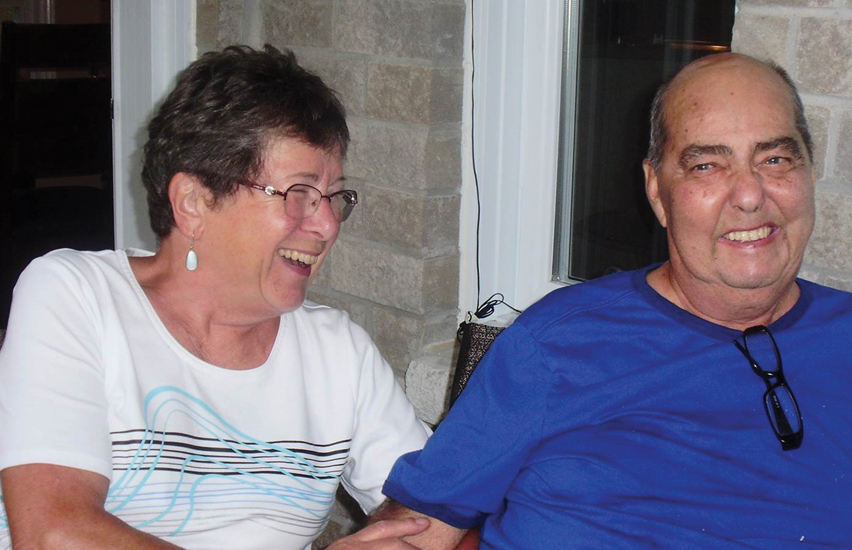 Karen and Scott Doherty, of Cobourg, Ont., in July 2017, about a week before he accessed medical assistance in dying. (Courtest of Sheila Doherty)

In the 17 years since his retirement from the pulp and paper industry, Scott and Karen thoroughly enjoyed their time together, spending their winters in the Florida sun and travelling the globe in search of some of the world’s greatest golf courses. It was in Florida where Scott first began showing signs of his tumour: “I thought he began showing the early signs of Alzheimer’s disease, and we just couldn’t wait to get home,” Karen remembers.

Back home in Cobourg, Ont., Scott and Karen received the devastating test results. Scott knew about assisted dying and was extremely thankful that it was legal. At 77 years old, Scott’s biggest fear wasn’t the prospect of dying. He was more afraid of losing his ability to consent, which he needed to retain if he was to go through with a request for MAID.

While Scott’s physician was supportive of his right to have MAID, the doctor was not willing to take the request any further.
“Scott was also cautioned several times by his medical team that our local hospital didn’t provide MAID, so all bets were off if he ended up there,” Karen says.

While Karen was grateful for the care Scott’s doctors provided him, she felt that her husband’s medical team very much treated him as “an experiment.”

“They wanted him so badly to go through radiation to prolong his life by maybe six months,” Karen says. “But that wouldn’t be living for Scott.” 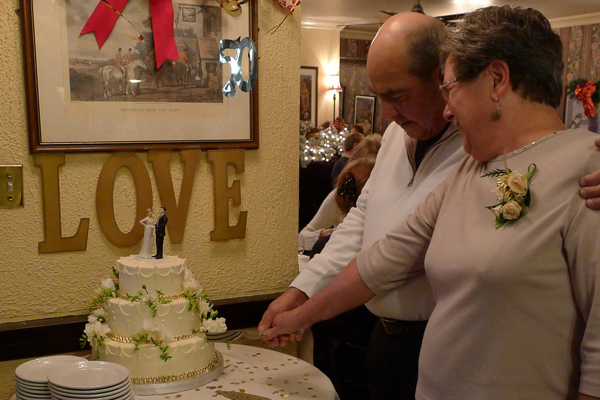 Luckily, Scott and Karen were able to connect with their local Community Care Access Centre, which introduced them to a physician who provides MAID to eligible patients.

The delays, though, had already taken a significant toll. Scott was deteriorating quickly at that point and was nearly overcome by the fear that he would soon lose the mental capability to provide consent at the time of his death.

“Scott’s co-ordination had deteriorated significantly, and the threat of falling and potentially breaking a limb that could land him in the hospital was constantly on our minds,” says Karen.

Once Scott was approved and a MAID date was set, he spent every morning wishing that today was the day.

Scott had his assisted death on July 20, ending his life peacefully at home surrounded by his family. “It was very, very hard to say goodbye,” Karen shares. “But he was finally at peace, and he never wavered in his decision.”

Since Scott’s death, Karen has committed herself to speaking out on the law’s unfair restrictions, in the hopes of making assisted dying more easily available to suffering Canadians. She sincerely hopes that in the future, the law will change to allow for people like Scott to make a prior request for assisted dying, one that could be honoured after they have lost capacity.

Karen’s experiences led her to become one of the more than 700 Canadians to contribute to DWDC’s official submission to the Council of Canadian Academies, which is studying possible changes to the law. “The voices, experiences and rights of ordinary Canadians must be at the heart of any serious examination of the future of assisted dying in this country,” Karen wrote in her powerful entry.

In addition, her commitment to the cause also led her to mention DWDC in Scott’s obituary. She also recently signed up to join DWDC’s Defenders of Dignity monthly-giving program.

“If it wasn’t for Dying With Dignity Canada,” says Karen, explaining her support for the organization, “none of this would have been possible.”

We thank the Doherty Family for encouraging loved ones to donate to DWDC in Scott’s memory. If you have questions about mentioning DWDC in an obituary, please contact [email protected]. To make a donation in memory or in honour of a loved one, please visit dyingwithdignity.ca/tribute_donations.