Getting an ‘A’ in activism: Q & A with University of Ottawa student Tammy Pham

The founder of Dying With Dignity Canada's only on-campus chapter opens up about what drew her to get involved.

How did you first hear about Dying With Dignity Canada?

The first time I heard about Dying With Dignity Canada was just by looking up physician-assisted dying online, and that was one of the first things that popped up. Coincidentally, when I was looking into this, it was when the main Ottawa chapter was just starting. They were going to hold their first meeting, so I thought it would be a fantastic opportunity for me to come out and learn more about the movement.

Was there a personal experience that motivated you to want to get involved?

I come from a Vietnamese family. Growing up, death was never talked about in a direct way.

I remember when I was around 13, before my grandpa passed away from cancer, my parents wouldn’t let me go see him. They thought it was something that would be too traumatic for me. But at the time, I thought that was something I was ready to see, and I wanted to say goodbye to my grandpa.

Now that I’m older and we’re going through different experiences caring for my grandmothers, who are in nursing homes for different reasons, I’m mature enough to open up that discussion with my parents and say, “What would you want if you were in a certain situation?” 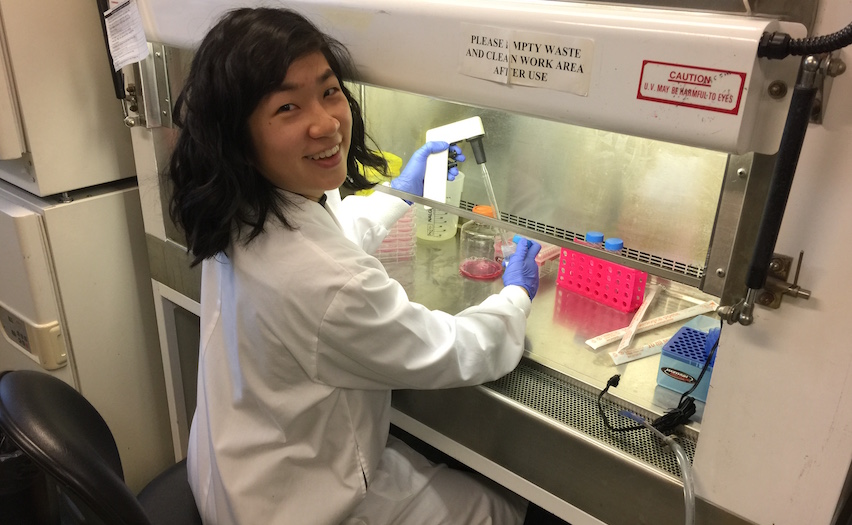 Tammy Pham is a graduate cellular and molecular biology student at the University of Ottawa. (Courtesy of Tammy Phan)

Young people don’t have a reputation for spending a lot of time discussing issues around death and dying. What type of response have you been getting from your peer group at the University of Ottawa?

The response has been really positive. They feel that, by me being a part of this movement, it’s very different, very unique, and it makes a huge difference. They’re very impressed with it, and they’re excited to learn more about what I’m doing with the cause at the University of Ottawa and about the organization in general.

What challenges have you faced in getting your message across?

Some students who come to our meetings are interested in the issue in kind of an academic sense. They’re interested in learning about the societal change, but unless they’ve had specific experiences relating to death, they don’t really think of assisted dying in terms of their own lives and their own families and as something to talk about with their families. That’s something I’d like to be able to do with the club — to be able to bring that awareness to campus life in the future.

What’s it like to collaborate with DWDC volunteers who are decades older than you are and have such a broad array of life experiences?

For me, that was an attractive thing about being able to participate in events at Dying With Dignity Canada. I wanted to do something that was different from my bubble on campus, which has a very “student” demographic.

Assisted dying relates to issues faced by an older demographic. It also incorporates so many different fields — such as law, policy, philosophy, medicine and ethics — that I wanted to learn about outside of my education at the university, which is very much focused on science.

Finally, what role do you, as a university student, see young people taking on in our movement as the Canadian population grows, on average, older and greyer?

These students I’m talking to, they’re going to become the lawyers, the politicians in Parliament and the doctors entering the field. It’s important to expose them early, to have them think about assisted dying and how important it is for Canadians right now. To have that before they enter the field will, I think, contribute to a more general open-mindedness about assisted dying.

This interview has been edited for length and clarity.