Dying With Dignity Canada is set to receive the largest donation in the organization’s 38-year history, signalling the dawning of a new era for the movement to defend Canadians’ end-of-life rights.

The gift comes in the form of a bequest from the late David Jackson, a retired Vancouver entrepreneur and ardent supporter of Canadians’ right to a peaceful death. DWDC CEO Shanaaz Gokool called the legacy donation, which is valued at approximately $7 million, “nothing short of transformational.”

“Dave cared intensely about building a Canada where we all have real, fair choice in the face of intolerable suffering,” Gokool said. “By leaving Dying With Dignity Canada this legacy, he has given Canadians an unprecedented opportunity to see our shared vision through.”

Founded in 1980, DWDC has emerged as the leading defender of Canadians’ end-of-life rights. Two years after the legalization of assisted dying, the organization is now a go-to resource for individuals, families and clinicians seeking to learn more about their legal rights and options.

“When assisted dying was legalized in 2016, suffering people and their loved ones turned to us for help,” Gokool said. “Our supporters told us loud and clear that we have a duty to answer the calls of Canadians in need.”

By stressing the importance of putting the person first, DWDC’s supporters have transformed the organization into the leading defender of Canadians’ end-of-life rights. We champion an approach to assisted dying that respects the Constitution, including the Canadian Charter of Rights and Freedoms. Through our Personal Support Program, we provide information and emotional support to suffering Canadians who want to die on their own terms. We empower Canadians by educating them on their end-of-life rights and on the importance of advance care planning. In addition, we support and provide educational resources to clinicians who participate in the assessment and provision of medical assistance in dying. 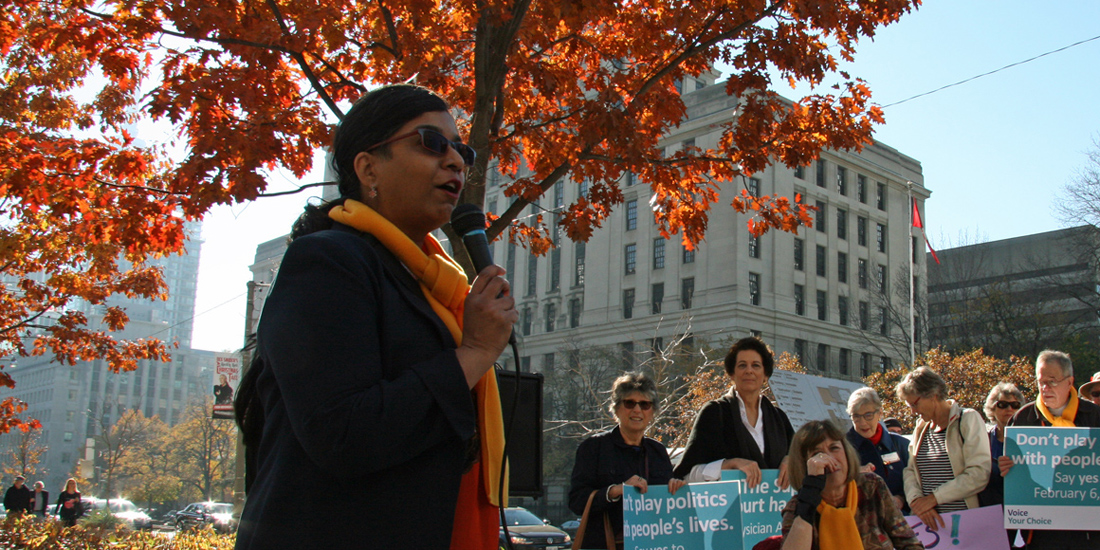 “The last time I spoke with him, Dave was in awe of what we have been able to accomplish with an annual budget of less than one million dollars,” Gokool said. “But he was aware of the enormous gaps in access that suffering Canadians continue to face.”

Dave was especially passionate about DWDC’s work to expose and break down unfair barriers to assisted dying access in the healthcare system. He was firm in his conviction that public healthcare institutions have no right to impede a person’s access to their legal end-of-life choices, and he was appalled by the practice of allowing facilities that oppose assisted dying to force patients who request it to transfer off-site.

“Dave was opinionated and feisty — a news and politics junkie who rooted for the underdog,” Gokool said. “He delighted in the fact that we would stand up to powerful institutions that refuse to respect Canadians’ rights.”

Dave accessed medical assistance in dying on July 21, 2017 after a severe illness. He was 77 years old. Before the end of July, DWDC was informed of his death and his decision to leave the organization a significant bequest.

“We were deeply moved when we found out,” said Gokool. “Processing the loss of a friend and loyal supporter is challenging enough. Imagine the flood of complex emotions we felt when we learned, at the same time, about his selfless gift and what it could mean for the future of Canadians’ right to a peaceful death.” 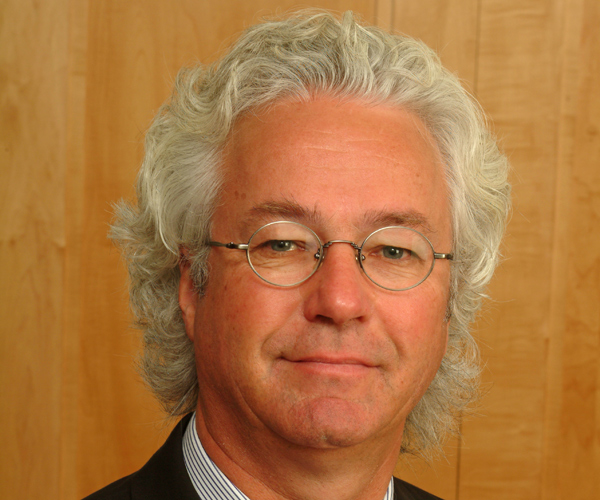 DWDC Patrons Council Chair Richard W. Ivey said the gift "is a testament to the leadership that Dying With Dignity Canada demonstrates in the field of end-of-life rights."

“This gift is a testament to the leadership that Dying With Dignity Canada demonstrates in the field of end-of-life rights,” said Richard W. Ivey, chairman of Ivest Properties Ltd. and the chair of DWDC’s Patrons Council. “Even without charitable status, this pioneering organization is a solid investment for Canadians who want to see just how far their donor dollars can go in effecting tangible, positive change. Dying With Dignity Canada’s accomplishments over the past two years have inspired me to renew my support, and I heartily encourage others to do the same.”

'This is not just a gift'

DWDC is receiving the bequest in two instalments. The first $4.7 million will be transferred this week; the remainder is expected to be sent in the next six to eight months.

DWDC’s Board of Directors is currently exploring how best to steward the bequest. Most of the funds will be invested to help ensure the long-term sustainability of the organization, Gokool noted. “Ultimately, this is a gift for Canadians, and it must be managed with their future in mind.”

However, the donation, she stressed, will not on its own break down the myriad barriers separating Canadians from their hard-won right to a peaceful death. “This is not just a gift,” she said. “Dave clearly intended it as call to action, to everyone across this country who wants choice in the face of intolerable suffering.

“So today, we ask you to join us in honouring Dave’s memory, by building a Canada where the right to a peaceful death is more than just a promise on paper,” said Gokool. “You inspired Dave to believe in our shared vision, and together, we have the power to see it through.”